Date: March 23, 2007
Note: This is a video montage of clips from Libera's St. John's Church Concert. This concert was a warm-up for their 2007 Japan and Korea tour. It features the first solo of Liam Connery. 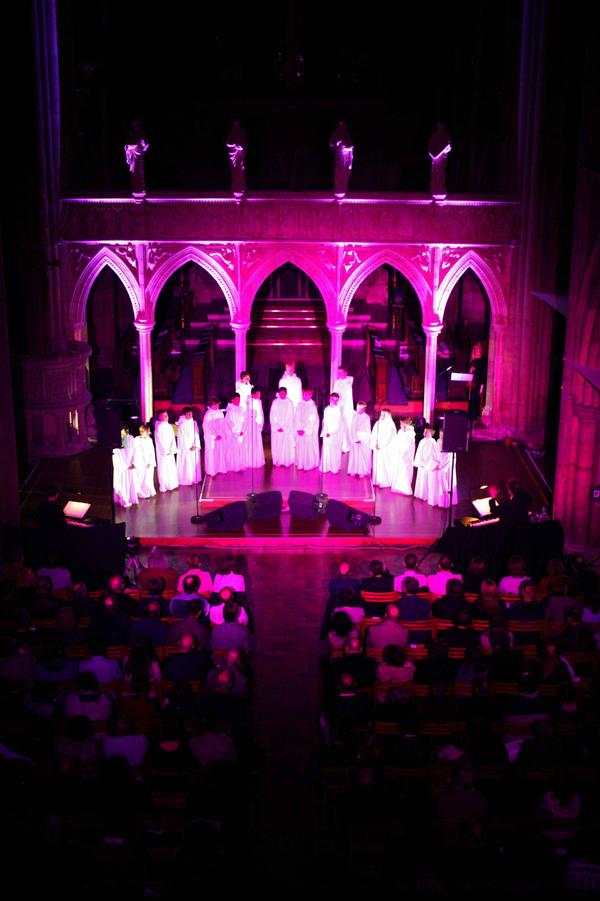 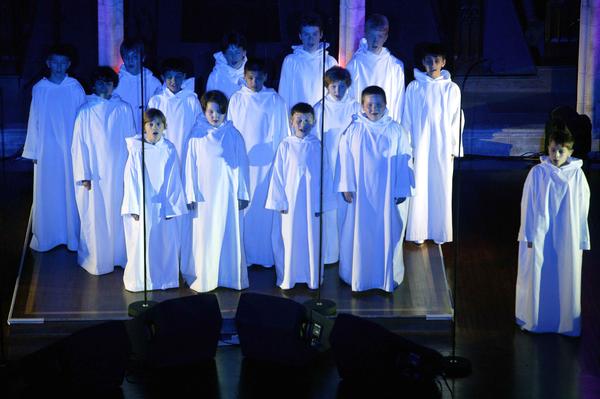 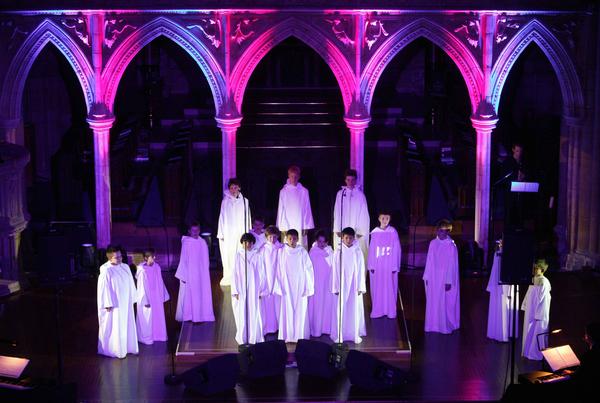 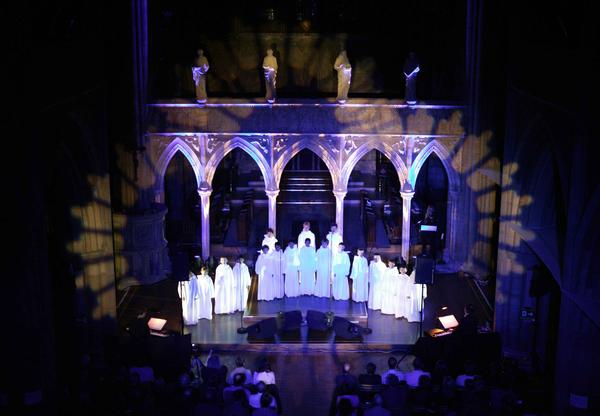 I love the stuff we do in Libera.  I like rehearsals, I like filming videos, I like doing radio shows, I like recording songs, I like doing interviews and I like singing at big concerts.  But for me the strangest thing we ever did was 'When Will I be Famous' on BBC 1 in February.
This was a live TV show on a Saturday night with Graham Norton as the host.  We were going to sing Sanctus.  We would be up against a load of different kinds of acts – drummers, contortionists, acrobats, skaters…  It was mad!  And if we got voted through then we'd be in the phone vote, and would have to come back later on in the evening for the result.

Earlier that week we filmed bits for a short video to be shown before we sang.  This was mainly us Libera boys standing around in hoodies in dark locations in .  We looked very hip hop in the video!  The truth was we were very cold and wet.  No wonder we looked so mean.  That done, we then went to the TV studio on the Saturday for the show.

A live show is so different to a video shoot.  We were at the BBC TV studios nearly all day on the Saturday, watching the crew get the show together.  We were told where to stand for the intro bit, where to stand when to sing, and where to stand when the judges said their bits.  The great thing was seeing the other acts.  My favourite was Rubber Boy, a contortionist.  All the acts were really nice people.  Although we wanted to win, I don't think we would have minded if someone else won. Anyway, we rehearsed, and were told not to look at the cameras.  This is not as easy as it sounds.  If someone tells you not to look at something, you will find it very hard to not not not look at it, if you know what I mean.  When we walked out and sang we had to stand in a semi-circle.  In order to do this there were little marks on the floor, the spots for us to hit, but you have to get in position quickly and not spend ages looking at the floor, shouting 'Where's my mark?', so again it is not as easy as it sounds.

Anyway, we did our rehearsals, and then came the great bit that goes with all TV work.  The hanging around bit.  We hung around at the BBC TV centre in the Top of the Pops bar.  Other people were more excited about this than anything else we ever told them.  We didn't see any Top of the Pops stars, though. It is funny that Top of the Pops has now gone, but the bar is still there.  It was a good place to hang around in, though. Libera boys are used to hanging around

. On a video shoot the camera people take forever to move a light.  On this TV show, however, there wasn't that much time.  We hung around in the Top of the Pops bar and we did the usual stuff.  We played with the Moose (our mascot who comes with us everywhere) and joked around. 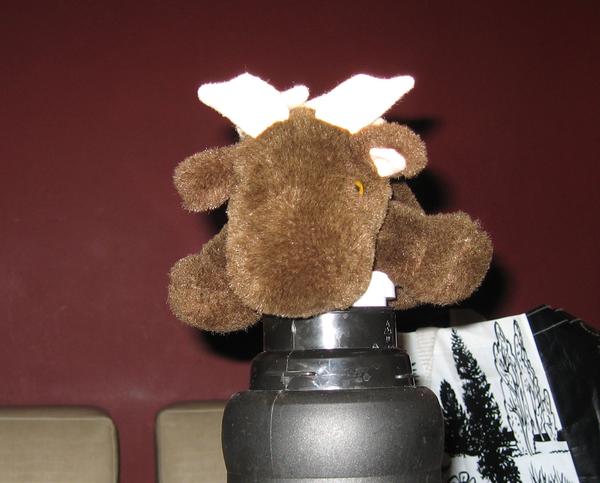 Sam managed to somehow magically explode my bottle of water from right in front of me!  Well, maybe not magically.  He just sent it flying with his own bottle of water.
To change the scene we decided to hang around somewhere else.  We went for a walk around the TV centre and found the Blue Peter garden!  This was brilliant.  I had seen this on telly loads of times.  There were paintings of old Blue Peter presenters on a wall and there were handprints of Blue Peter presenters in concrete in the garden.  Of course, we tried matching our hands.  My hands were the same size as Zoe's, one of the current presenters.  She is obviously made for me, but she will have to wait.  I still have primary school to finish, and then secondary school to get through.  Sorry, Zoe!

Then it was back to the Top of the Pops bar for more hanging around.  We did meet a pop star.  Sophie Ellis Bextor was singing as a guest on When Will I Be Famous.  She was really nice to us.  Her mum, I later found out, had been a Blue Peter presenter, so our trip to the Blue Peter garden was a bit spooky, as well as fun.

………..That's all for now ! I'll be back soon to tell you what happened in the next part of the show! 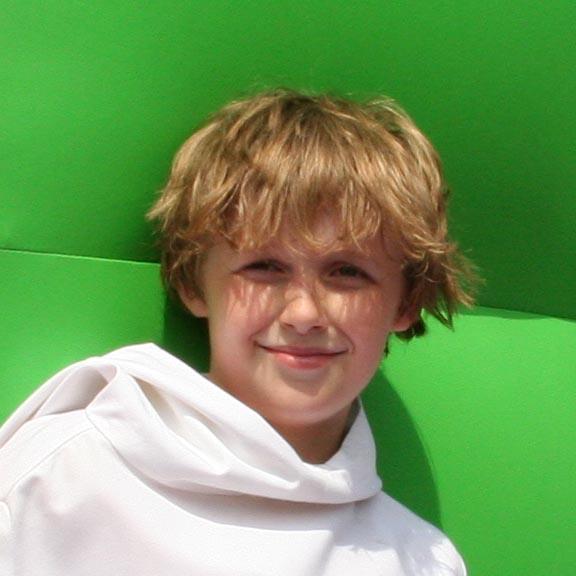 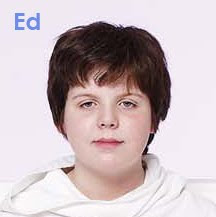 When A Knight Won His Spurs (Ed)